ME, MY MEXICAN AND OUR LIFE'S ADVENTURE. 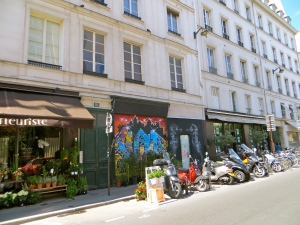 I had such high expectations when I went to Paris for the first time back in 2010.  So many people told me how much they loved Paris and how much I was going to love it too. 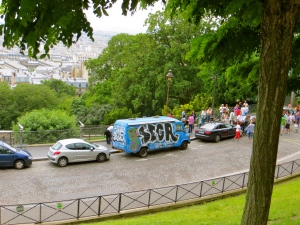 When Armando and I arrived at CDG Airport we collected our backpacks from baggage claim and then hopped on the RER for our ride to our hotel at Champs-Élysées.

Paris is known as “The City of Lights” so I was excited that we would be riding the train at dusk, thinking that I would experience the beautiful Paris that I was expecting.  What I got was something else.  No lights.  Dark and gloomy suburbs.  And graffiti.  Lots of graffiti.  I love graffiti when there is some artistic skill behind it but then there is that ugly graffiti.  The kind that one usually sees on the side of a dumpster.

With a combination of the intense amount of graffiti in the city and the depressing cloudy weather that loomed over our entire visit, I did not see the beauty I was expecting. 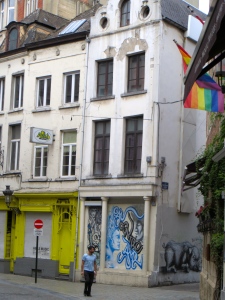 Jump to 2012.  We had an opportunity to go to Paris again this year.  Disappointed in Paris the first time round, I decided to embrace the graffiti of Paris and in travelling to Brussels and Rome as well on this trip, I learned that graffiti appears to be a European thing, not just a Paris thing.

I accepted the graffiti as part of the charm of these cities and in turn, saw the beauty in these cities that they deserve.

I am not sure about other cities but in Rome, I learned that their graffiti is always about one of three things:  Sports, Politics or Love.  This graffiti was in a small town called Marino that is just south of Rome.  It reads something like, “The world needs a billion stars to be illuminated, but my heart just only you.”  Awww…graffiti is not so bad after all 🙂 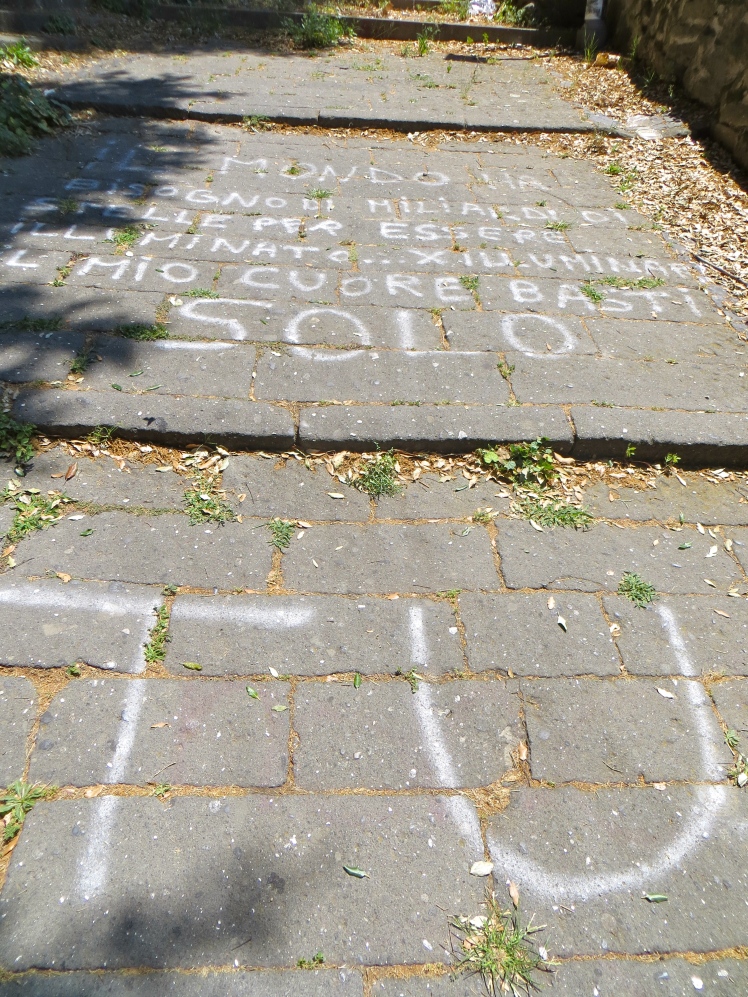